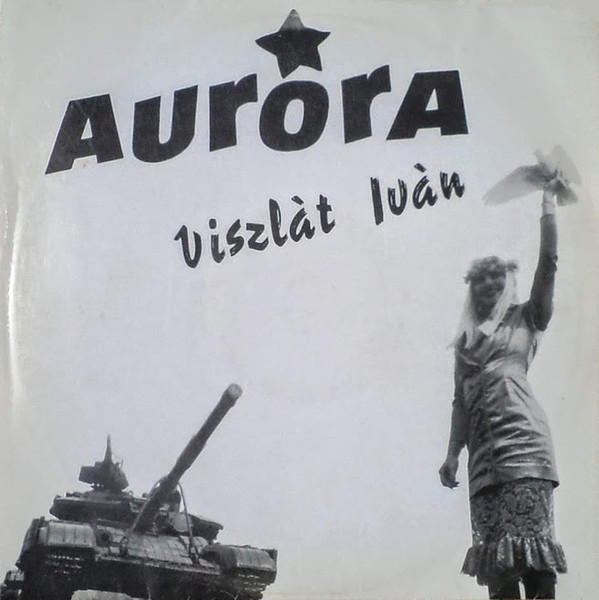 Early history:
Aurora Cirkáló was founded in Győr (Hungary) by the young local Punks “Vigi” (guitar vocals), “Galacs” (bass), “Polyák” (drums) and “Dayer” (vocals). This was in 1983, at the height of the Hungarian Punk blast, a period in which a Punk gig caused big agitation, occasionally by starting riots.

“We started criticizing the Soviet Army a little bit too early. It wasn’t really a surprise when the authorities sent us for a trial because of anticommunist lyrics. Our original singer “Dauer” had to spend two years in prison because according to the authorities he had chosen a the “wrong words”, Vigi reminds of the old, “romantic” days.

Other Punks didn’t have as much luck as Aurora: Two members of the best Hungarian punk band ever called “C.P.G.” were found guilty and sent to prison for two years because of making jokes about communists. After having stayed in prison the members of “C.P.G.” had to leave Hungary and so did the Aurora’s former singer “Dauer”. Therefore “Aurora” needed a new vocalist and found it in the attractive blond female singer called “Kriszta”, but she also left the band after a very short time. “She was a very wild and fascinating person on stage, but she didn’t take her job as seriously as we did.” Said Vigi; “So that finally I had to sing because we couldn’t find any suitable substitute for her. Since then we have playing as a trio."

The Impotent Sea Snakes – God Save The Queens (1995) CD Album