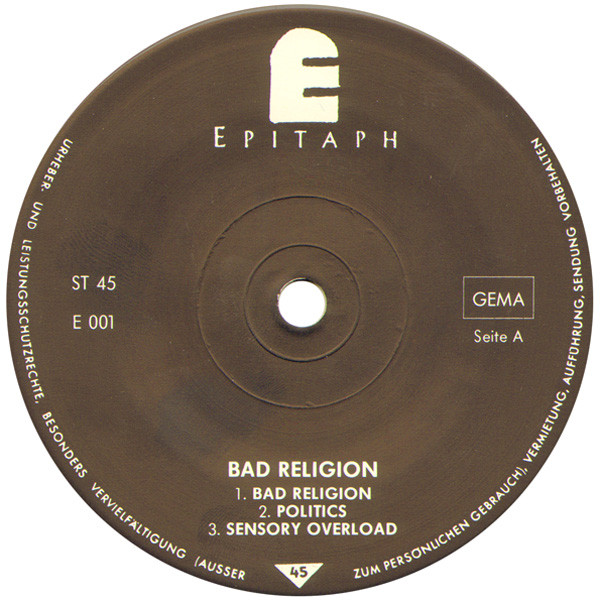 This 7" just had a plain white sleeve.

Some copies were housed in a fan-made xeroxed unofficial sleeve (see pics).

It is a re-release of their 'Bad Religion' first 7" which was included with the 1st pressing of Bad Religion's 'No Control' LP distributed in Germany.