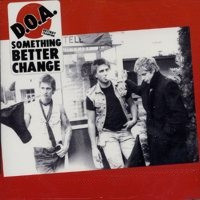 Reissue of the 1980 original LP on Friends Records

B8 bonus track not featured in the original press