Did you ever make anyone (or yourself) a music cassette? If you did, did you take the time to design it? To spend time and thought into making it individual and artistic? Sadly, I did not ! It never occurred to me to make it beautiful. My cassettes were “functional”, they had a title and a penned list of tracks… but often, it did not have even that! For people who painted on jackets, t-shirts, designed poster etc. cassette covers were an extension of that artistic outlook. Mine vision was “blue and white” not Technicolor.

I do not have many original cassette covers left in my attic. But the little I have may reflect some of the people who took the time and trouble to design me a personalized symbol of their creativity… many thanks to them.

The first cover on show was given to me my Swanny, when I joined the “Red Aligatorz” in the mid-80s. Being a punk, I guess I was not musically ‘cultured’ enough to play Rockabilly music from the 50s, I was lacking the background and information to play that music.

To ‘educate’ me, Swanny made me several cassettes with countless artists of the 40s, 50s and 60s. Musical styles such as: Blues, Rockabilly, Skiffle, RnB, Swing, Jive, Talking Blues, Country, Hillbilly, Bluegrass…etc. His cassette covers were hand-made, often pen on a white background with imaginative characters drawn on the cover with ‘text boxes’ coming from the character’s mouth. Inside the cover was hand written titles, with minute handwriting the artists and titles of all the songs.

Not only did the covers have a stamp of originality, but the recording themselves had its own trade mark. For example, as Side A came to its end and the last song had been played, there would be a few seconds of tape remaining. Swanny would record his vocals saying something like,”turn the cassette over or I will kick your arse”…! But often the song would end in the middle as the cassette finished. Music (and sound) was crammed into every millimetre of tape. 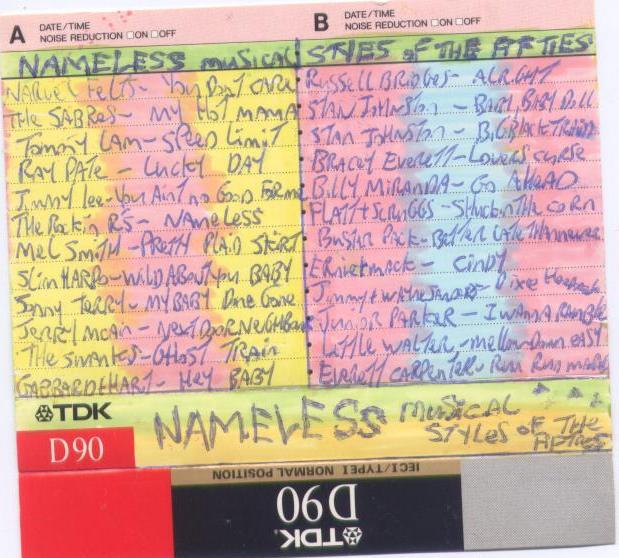 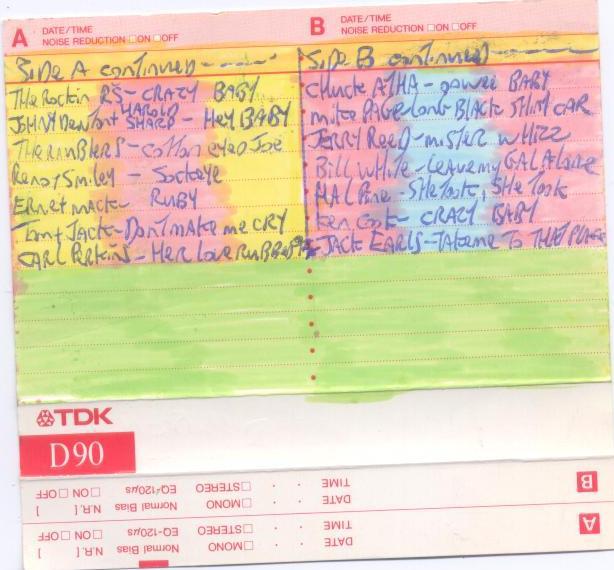 Next follows a series of cassettes by Swanny, with coloured headers: Getting Hot, Feeling Blue”

Another style of cassette art was from my friend called Jamil. He was also educating me into a music that I had by-passed. “Joy Division” had long ceased to be when I read for the first time “Touching From a Distance” by Deborah Curtis. I had not listened to them much when they were climbing the popularity charts. But after reading that book I was hooked. Jamil kindly did me an extensive collection of recordings of demos, live gigs, singles and LPs. What made these cassettes special for me was the hand writing. They were (in my opinion) works of art. More a type of calligraphy than hand writing. When I travelled abroad, Jamil and I used to correspond, and I used to receive letters in this style, beautiful pieces of literature. 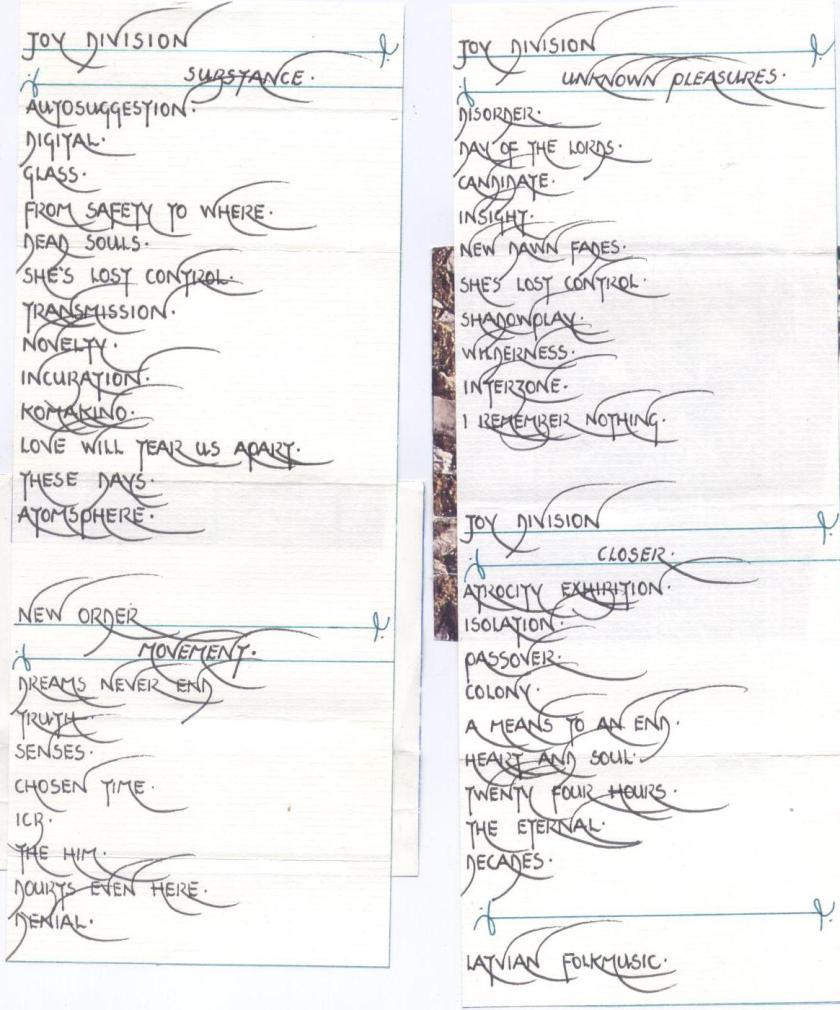 As Ian Curtis was a big David Bowie fan, Jamil also inducted me into Bowie’s music too. I do not think I would have listened to it other wise! I am pleased I did if only the 1st 2 LPs.

The front covers of these cassettes were made from designed paper:

And the Bowie front cover was a wrapping paper design:

The final example of a cassette design was from my friend Paul. He used to do me a mixture of music from the 90s, not Punk by any stretch of the imagination. His cassette was a compilation of Punk songs. His front cover design was his own typical humour!! 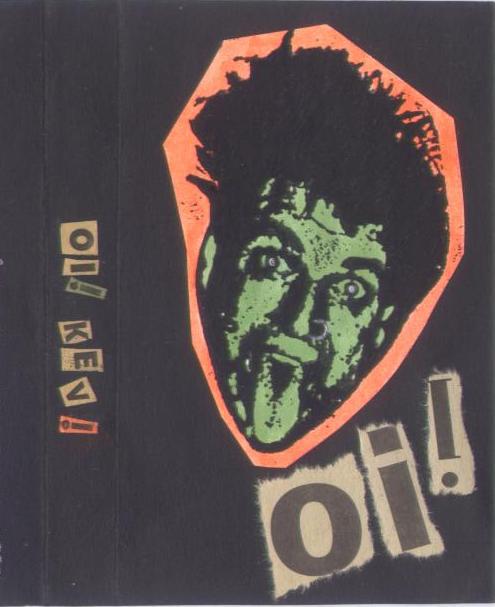 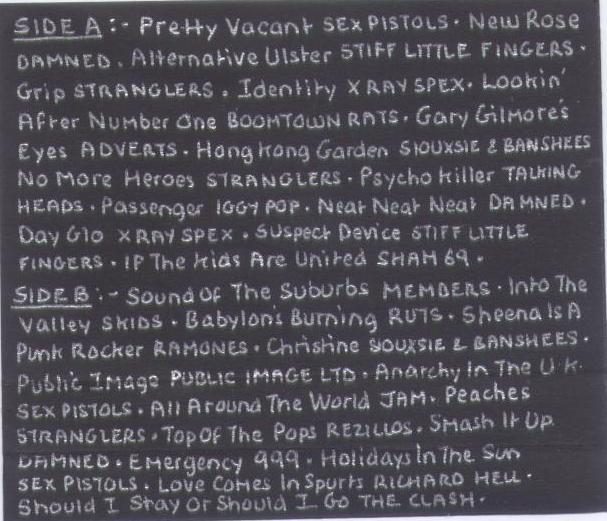 I think CD covers were just as equally creative as cassettes, perhaps more so as we had the added help of the computer software, but that what gave the cassettes more of a Punk/D.I.Y. approach was the absence of this technology. It was not always “correct” or “tidy” precise and “finished” and that’s what gave them an attraction.