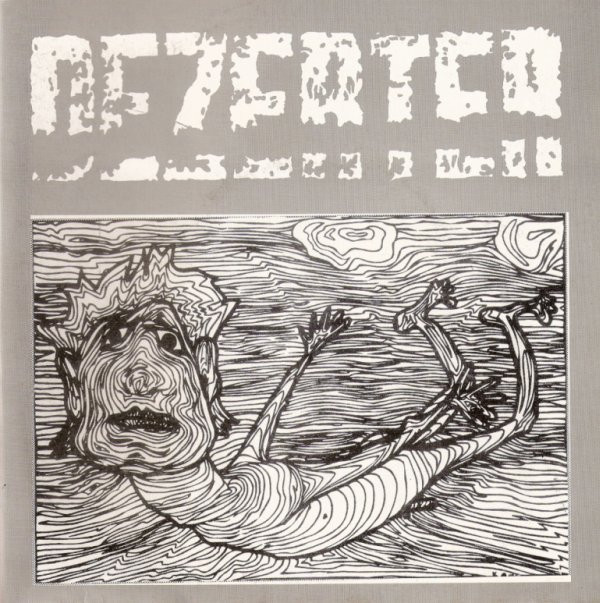 All songs are recorded in new versions featuring Katarzyna Nosowska on lead vocals. The cover of this release folds out into a poster with a special edition of the Azotox zine that was published by Dezerter around 1985-1986. Contains song lyrics in Polish with English translations.

No catalog number is presented anywhere on the release, but it is present on the label's webpage.

This version is even newer than the 2nd one. According to information from Nikt Nic Nie Wie, whenever more copies of the record are needed, they just press 500 so they last for some time. No record has been kept of the release dates of subsequent reissues.

Please note that "3rd version" simply means the third revision made by NNNW to this release. It is currently unknown if there are any more variations or if any more will be made. It seems that at this time, this is the current pressing of the record.

Although at first glance this version might look exactly like the 2nd version, there are actually quite a few differences. Here's how you can distinguish the 2nd and 3rd versions from one another:

1) The first and most important difference is in the matrix numbers. The 2nd version has the matrix numbers MZG0161/C (side A) and MZG0162/B (side B), while the newer one has 72556H1/A and 72556H2/A (this one) or MZG 0161/E and MZG 0162/C.
2) The record labels are slightly different, especially on side A. The 2nd version has larger, bolder letters, the 3rd has smaller, narrower lettering. Also, the white space around the words "OZONE FRIENDLY" is larger in the previous version.
3) The 7" in the 2nd version comes in a clear foil sleeve. In the 3rd version, the record comes in a paper sleeve.

Now, for the cover/zine itself.

1) The background on the front is different - the 2nd version is gray with small, black dots all over it. On this reissue it is solid gray.
2) If you look closely at the artwork on the front of the newer version, it looks like it's slightly skewed to one side, and has a little bit the older-style background around it (you can see the dots around the edges). Almost looks like it was cut out of the 1993 cover and glued in place on the new one.
3) Under the tracklist on the back, the info for Nikt Nic Nie Wie is different. The 2nd version features their older logo and doesn't contain their e-mail address and website, as they didn't have one back then. No address is given, while on the newer version, their PO Box address is listed. Also, the info about UK distribution is printed in a different and smaller font, now placed near the lower edge of the back cover.
4) The outside of the reissue gives the (currently) correct PO Box address of NNNW in Nowy Targ, while the inside of the same record still has their old Bytom PO Box address, which was used back in 1993.
5) Inside the included cover/zine, in the first and second versions, all the letters are sharp and printed nicely. On the reissue's cover/zine, the lettering looks somewhat blurry if you look closely. Looks like a poor reprint.
6) On the page that contains information about anarchism, pacifism and dadaism, the lettering differs between both versions.
7) In the included zine, the top - where it says "AZOTOX - WYDANIE SPECJALNE - UWAGA! GAZETY MANIPULUJĄ! TA TEŻ!" - takes the whole space at the top of the page. In the previous versions, it is on a black background with white space around it.

Unfortunately, aside from the above, the reissue doesn't clearly state its release date anywhere. It still contains the copyright "NNNW, DEZERTER '93".