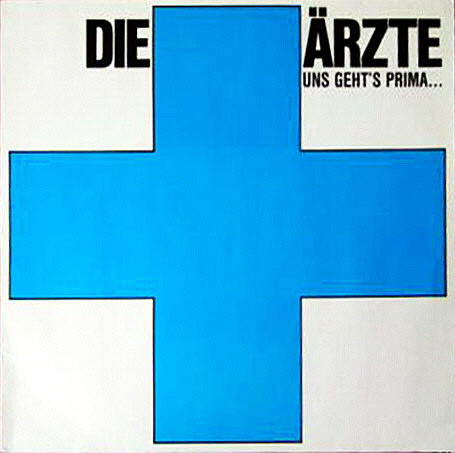 Different label colors. The "Blue Cross" is the most sold cover artwork from this EP!

There are two different editions of the "Blue Cross". This edition has printed "Best.-Nr. 80-4204" on the backcover. The other edition of Die Ärzte - Uns Geht's Prima... has a different Best.-Nr. (90-4204). According to www.b-17-jetter.de there are four different colours of the center labels which do not match to particular cross colours.