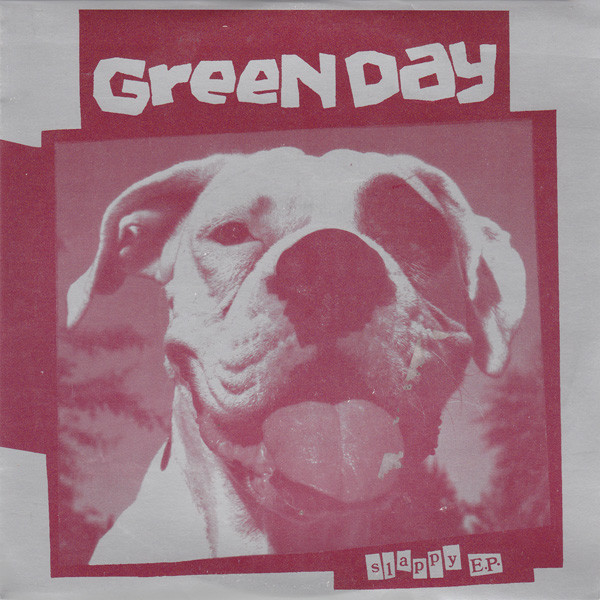 This is the last pressing of this release on Lookout!.
It comes in a cardboard picture sleeve with a recto-verso insert.
Same matrix and same catalog number but with the Berkeley address.
Some copies have a Barcode Sticker.

Two other slightly different Berkeley address sleeves exist.
One has a wraparound glossy paper and another is printed on wraparound thin cardboard, on a lighter shade of grey.
Those two earlier pressings with the Berkeley address have the insert directly printed inside the wraparound sleeve .

Track B2 is a cover of "Knowledge" by Operation Ivy.