No Age are set to release their first full-length effort in four years. Entitled Snares Like a Haircut, the 12-track LP is set for release on January 26th, 2018 via Drag City Records.

In a press release announcing the album, Drag City offers up this brilliant description: “With the world around us bruised and bloodied with teeth already dug into the concrete curb, we find ourselves with the shadow of a large boot looming overhead. What better time for No Age? They know how to ecstatically rage & power on thru pain, because what else are you gonna do? The future belongs to the cockroaches, and this record is made for the disparate band of misfits who 2017 couldn’t kill.”

“Snares Like a Haircut sounds like the good shit, and smells like the buzzy burning off of an aura, the marine layer suddenly vanished, leaving a thin layer of smog over the songs, simmering sock gazing tunes, revved and displacing enormous amounts of sound soil. With Snares Like a Haircut, No Age scrub the itch in the little moments, engage actively with the process and carve/plaster/shave something in an album shape that’ll last.”

The album is previewed today by “Soft Collar Fad”. Check out the blistering rocker below, along with the album’s artwork and tracklist. No Age also have a string of tour dates scheduled for the month of November. 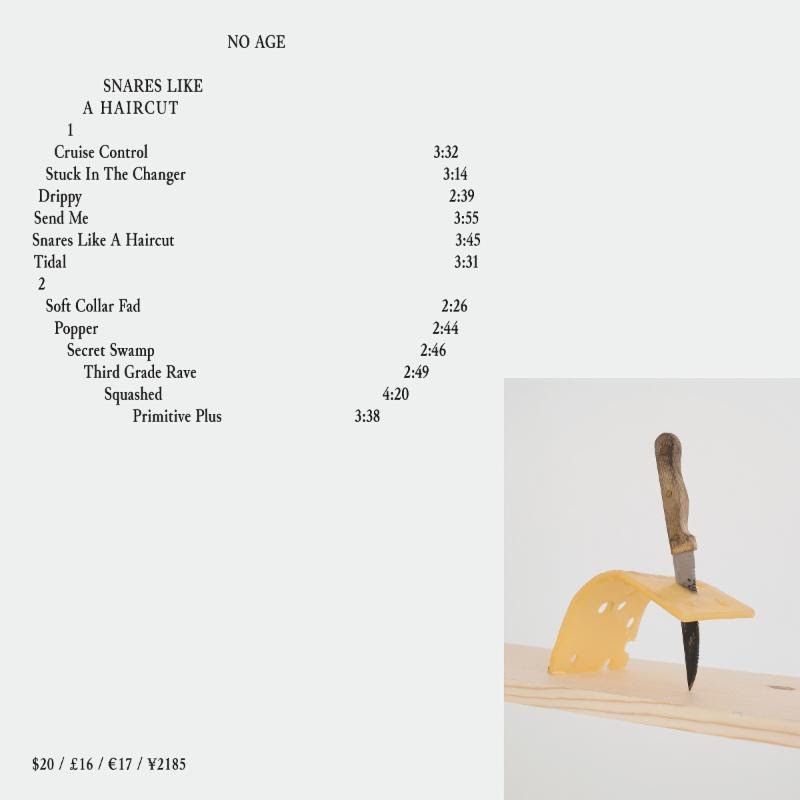 Mount Kimbie’s new video for “Delta” is a heist film in miniature: Watch

U2 announce details of new album, Songs of Experience, plus 2018 tour dates