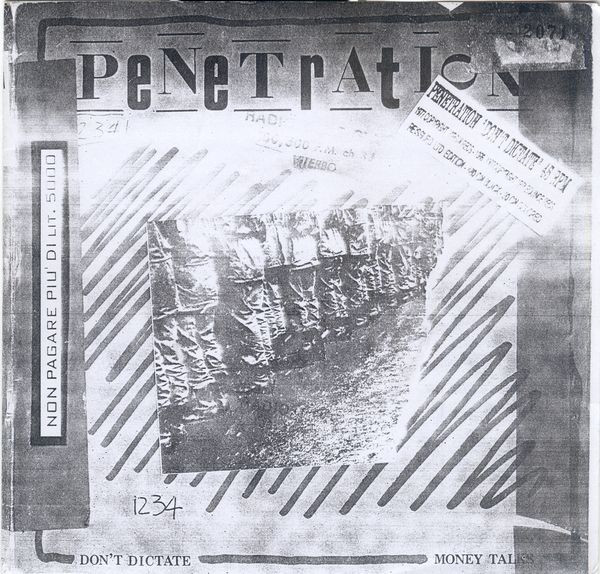 Penetration is a punk rock band from County Durham, England formed in 1976. They re-formed in 2001 with several new members.
Their debut single, "Don't Dictate", is now acknowledged as a classic punk rock single and their debut album, Moving Targets (1978), is still widely admired.

Bootleg re-edition of the 1977 single on Virgin.

Also has a company label, instead the other one is simple white blank with a green stamp on.