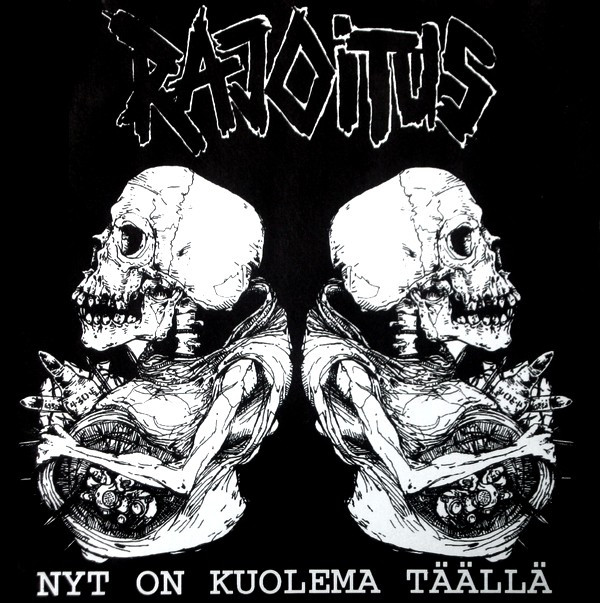 Founding members Jani (vocals) and Pete (guitar) wanted to make a band that sounded like old Finnish hardcore and took on two other people Marko (guitar) and Wacker (drums). After a couple years Wacker moved away from town and in 1995 the band took on Pena on drums and recorded their first demo "Tuomittun Epäuskon Sortoon".

They played their first show in the winter of 1996. They continued to play more out of town including Finland and re-released their demo as the 12" "Hardcore Attack 1995" and the 7" "Historia Kussessa". During a show in Finland Jakke from Kaaos saw them and offered them a record deal for "Nyt On Kuolema Täällä", before recording the album Wacker returned and replaced Pete on guitar.

Recorded at GMP Studios in November 1997.