Album: Recipe For A Nightmare 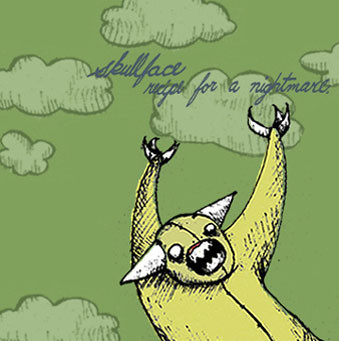 Skullface was a band from the swamps of Long Island, featuring the members Dr. JoJo Universe, Darren Dungeonblood, Uncle Milt Killbody and Timothy Von Dead Tim. Credited as being the innovators of the "Creepcore" genre. They played a mix of punk and hardcore, and added elements of thrash, jazz and metal. What they were most known for was their live show and their constant element of anonymity. Dressing in unusual costumes and sporting ghoulish makeup, their live shows were a force to be reckoned with. Often times it seemed their intent was to destroy the show they were playing, rather then make it more enjoyable for people. After playing almost every show they could they disbanded and declared the band "undead". What documentation there is of Skullface can be seen at their website and soon on their debut DVD which is rumored to be in the works.

Skullface released this album themselves after releasing a demo and live cd a few months prior.