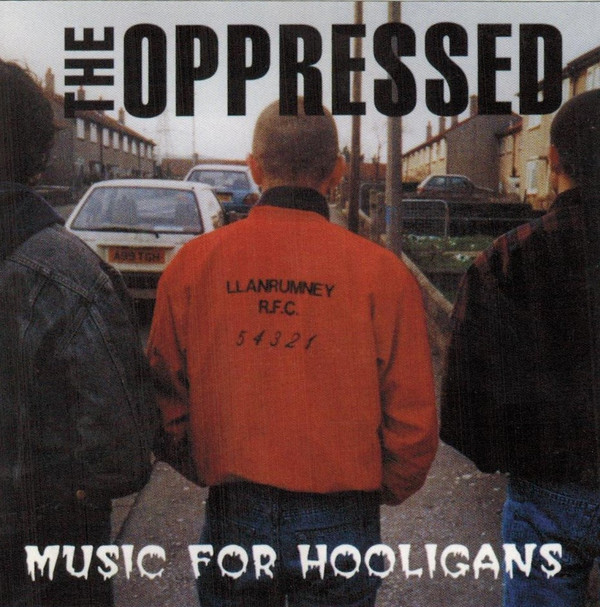 One of the first skinhead bands in Europe with strong anti-fascist message coming from Cardiff, Wales, UK. Start in 1981, splitt in 1984. Then reformed in 1994. "THE OPPRESSED Oi! STORY. 1981 / 202?. Oi! STORY - THE 80s. March 1981, Russel (DUCKY) Payne is released from Borstal and I get released from Prison. At the time we didn't know each other and it's just coincidence that we were both banged up for violence. Anyway, Ducky (GUITAR), his brother Ronnie (BASS) and Gary Tier (DRUMS), all Cardiff Skins, along with Martin Brennan (VOCALS) a valley Skin, form an Oi! band. After tossing a few names around, including FORCED OPPRESSION, they decide that THE OPPRESSED fits the bill. So it was that with not much ability and a ton of enthusiasm the boys set out to have a ball. While all this was going on I was forming INSANITY SQUAD with me on guitar, my brother Dom on bass, his mate Vince King on vocals, and a nutter called Ed Flemming on drums. Me and Vince was Skins and Dom and Ed was Punks so that made us Cardiffs first Skunk band. We played a few local gigs, recorded nothing and fell apart after trying play a gig so pissed we couldn't see straight. Back at Duckys house Ronnie had left the band. No big story, he just wasn't into it. Looking for a new bass player they ask my mate if he wanted to join but he couldn't play a triangle so he suggested me. I'd seen their first gig and I remember telling my missus how "I should be in that band". So Ducky, Gary and Brennan even (...)

Recorded at the Ocean Studios, Cardiff, in March 1996.