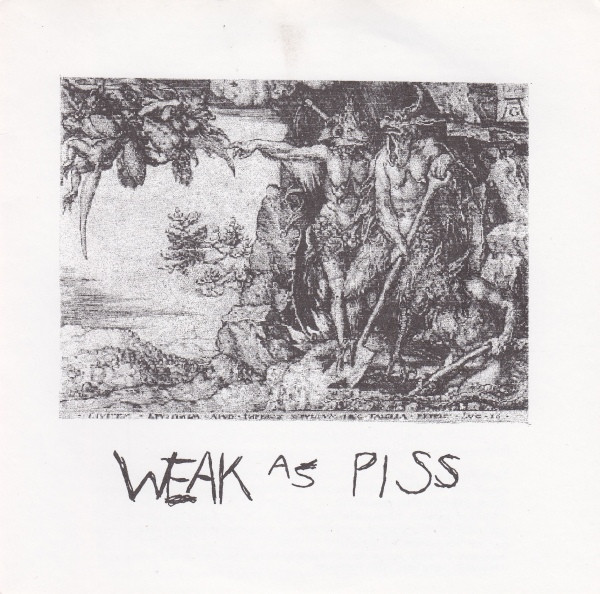 Compilations featuring The Scroungers
*Note that songs by the Scroungers appeared on a number of compilations, the details of many now forgotten or lost.

Recorded at home on four-track, 1992, Brunswick. Mastered at home onto computer, 2000, Northcote.

Cover illustration, "Devils Taking The Rich Man To Hell", no.4 of the series "Parable Of The Rich Man And Lazarus", 1554.

This record was originally released on cassette in 1992 as "Jeff Kennet Fucks Sheep".

The Scroungers were part of the Nihilo-Syndicalist Federation and the Satanarchist Workers Union.