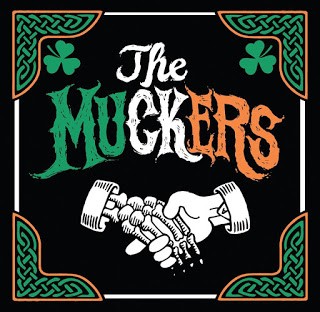 Jeff was a member of The Pug Mahones together with Mike Jordan (Jackdaw). He moved to New Orleans and did a stint in Boston where he played with The Gobshites and The Pourmen before the latest move. So The Muckers have covered a number that Mike Jordan wrote for Jackdaw, “Molly” and have recorded a song that Jeff wrote together with Rick Bennet for The Pourmen, “Eddie Connors”. Both numbers are some of the highlights on this album. Their rendition of “Molly” is simply perfect and “Eddie Connors” is a kicks-ass number, one of the most “punk” moments on the CD.

Other standout tracks are the album instrumental “Intro“, the bluegrass song “There is a Time” (with fantastic accordion and fiddle performances), the shanty “Maid of Amsterdam”(where the accordion reminds me of The Whisky Priests), “Old Dun Cow” ( somewhere between The Stubby Shillelaghs cover and the Fiddler’s Green rendition), “Slow, Dark Waltz” (great self-penned number) and “New York Girls” (featuring  “The Breeches Full of Stitches” polka). “Dirty Old Town” deserves a special mention. I thought that a cover that offers something new was almost impossible, but I’ve really enjoyed the fiddle and accordion arrangements on The Muckers’ rendition. BTW, there is a hidden track at the end, “Drunken Sailor” recorded at Johnnie MacCracken’s Celtic Firehouse Pub in Marietta, GA.

The Muckers self-titled album is more than a St. Patrick’s Day CD. Yes, there are some overexposed standards. But fortunately Jeff and his bandmates have picked up a collection of unusual songs that make this CD an enjoyable debut album. 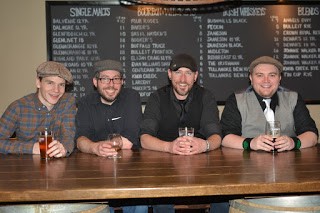