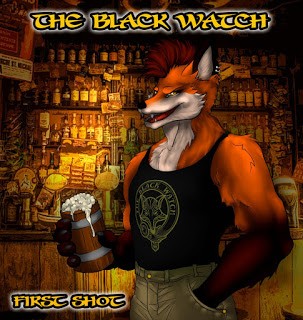 
At Celtic Folk Punk and More headquarters we’re always looking for new bands. Recently we’ve come across a new bagpipes punk band from Moscow, The Black Watch. They have just released a mini-album titled “First Shot”. This six piece is fronted by  Kristian Pogifist (vocals, guitar) and Vitaly Pogodin (pipes), and they borrow the name from an infantry battalion of the Royal Regiment of Scotland.

An “Intro” (“The Gael”) opens the mini-album and then The Black Watch deliver a couple of oi! infused bagpipes punk kick-ass numbers: “Weekend” and “Drink Scotch”. Oi! Oi! shouts, gang vocals and electric guitars led by the pipes.

The Black Watch calm down a little bit on the next track, “On Stranger Tides”, a song with a Ramones twist featuring bagpipes and flute.

On “Boarding”, The Black Watch come back to their Russian bagpipes driven oi! The next song is another standout number, “Home”.

“Outro” is a shorter version of “The Gael”, but it’s not the last track on the mini-album. The song closing “First Shot” is titled “Bitch”. It has a rockabilly feel and features boy and girl vocals and addictive woah chorus. No pipes on this cut.

Zuname and Middle Class Bastards are not alone in the Russian bagpipes punk scene. There’s a new band in “town”: The Black Watch. 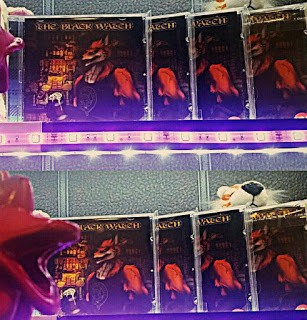 
The Rise and Fall of Jimmy