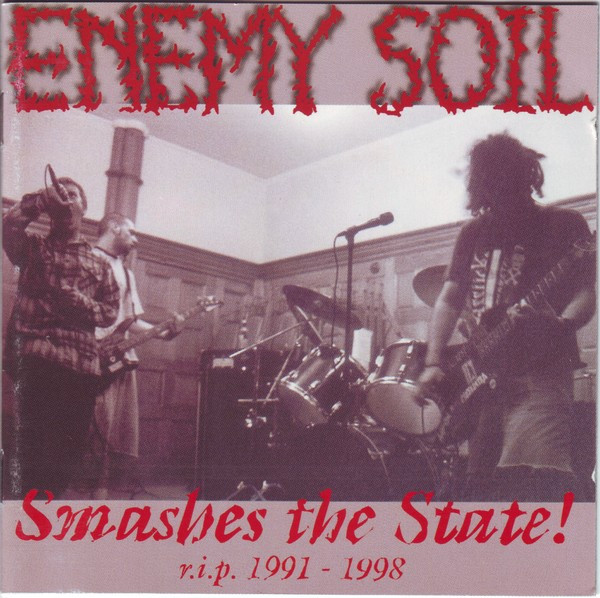 Enemy Soil was a grindcore/hardcore/powerviolence band from Virginia formed in 1991. Disbanded in 1999.

CD1-12: from the Midnight Offerings II - An Underground Sampler CD on With Your Teeth Records.

CD1-13 to 15: previously unreleased, for a split CD that never came out.

CD1-16 to 18: from the Enemy Soil / Shapeless split 7" with Desperate Corruption on Bovine Records.

CD1-25 & 26: previously unreleased, for a split LP with Thug that never came out.

CD2-13 to 15: from the Enemy Soil / Agoraphobic Nosebleed split 7" on Bovine Records.

CD2-19: from the Audio Terrorism: The Soundtrack For Weirdness And Blind Hostility compilation CD on Chaotic Noise Productions.

CD2-28: from The Caligula Effect: A Compilation CD on Catechism Records.

CD2-44: previously unreleased, for a compilation that never came out.