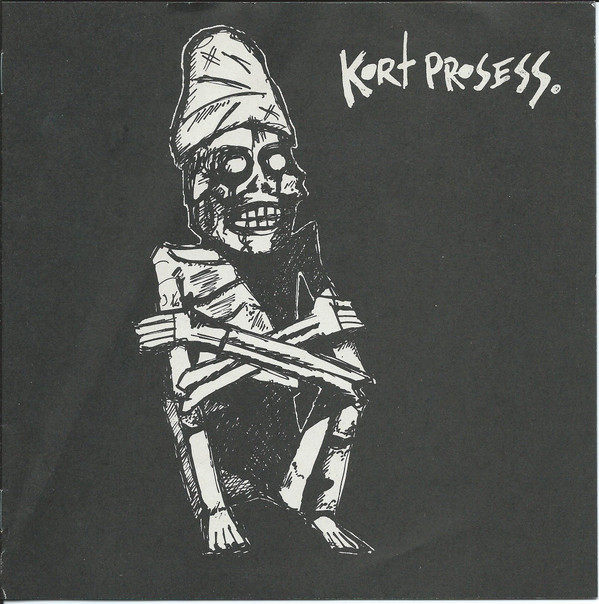 The cover consists of a 12-page booklet containing lyrics and graphics.

The record itself is housed in a glossy black paper-sleeve with the Kort Prosess logo (the running guy who is also on the label) on it.

Some copies had a lyric sheet with german translations.