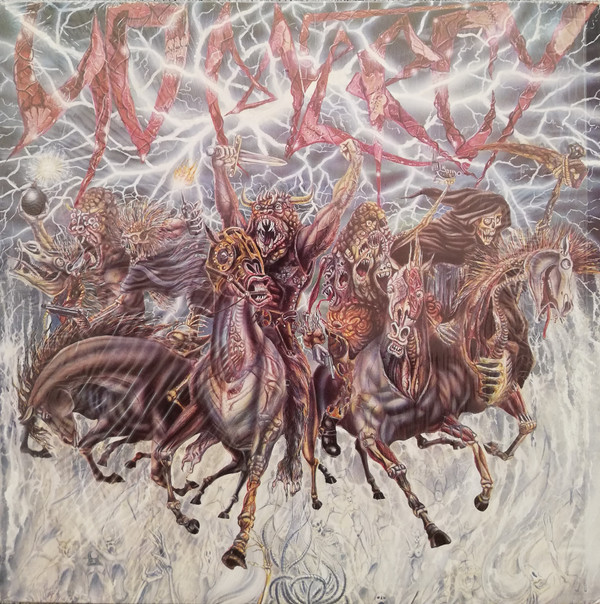 No Mercy was a speed metal/crossover band formed in Venice, California in the early 1980's. The band has been closely tied to Suicidal Tendencies throughout its history. Guitarist Mike Clark was a member of Suicidal Tendencies from 1988 until 2013. Suicidal vocalist Mike Muir joined the band after original singer Kevin Guercio departed. Bassist Ric Clayton designed the original Suicidal Tendencies logo and many of the shirts that appeared on the cover of Suicidal's first LP and briefly played bass with the band in 1987. Drummer Sal Troy was also a member of Mike Muir's mid 1980's side project Los Cycos.

No Mercy appeared on few compilations with Kevin Guercio fronting the band before Mike Muir replaced him in 1985. The Mike Muir-fronted line-up appeared on the band's debut album, "Widespread Bloodshed/Blood Runs Red", which was released on Muir's Suicidal Records in 1987. While working on a follow up, Clayton and Troy quit and Muir opted to bring Clark into Suicidal Tendencies instead of trying to keep No Mercy going. Clark debuted on Suicidal's 1988 LP "How Will I Laugh Tomorrow When I Can't Even Smile Today" which included several tracks meant for the 2nd No Mercy LP. In 1989, Suicidal Tendencies re-worked and re-recorded 4 songs from No Mercy's "Widespread Bloodshe (...)