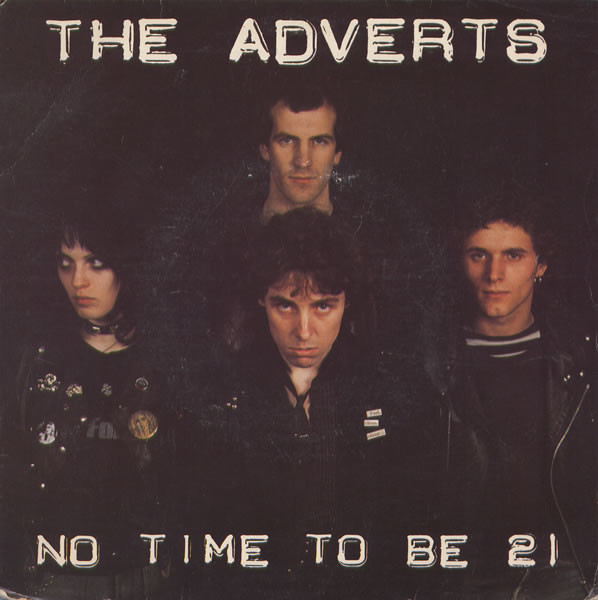 Black labels with white print. On the back of the picture sleeve the lyrics are printed in black.