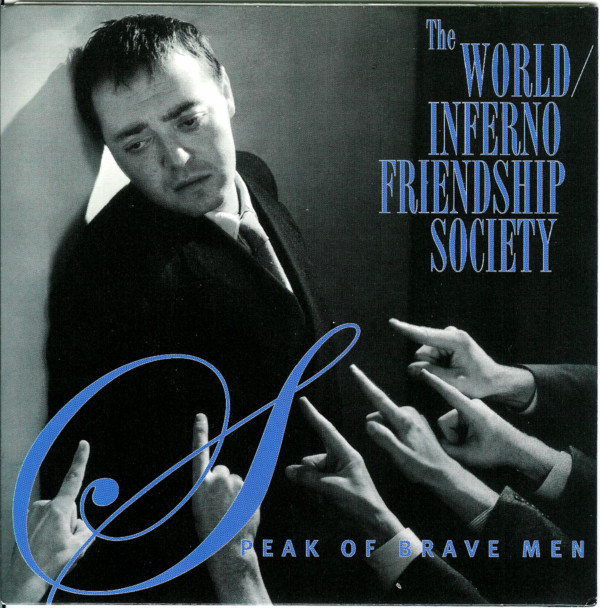 The World/Inferno describe themselves best:
"The World/Inferno Friendship Society are a gang, not a band. Coming from all walks of life, numbering well into the double digits and ranging in age from 17 to 33, this is a bunch of boys and girls you might walk across the street to avoid. Almost as much brass as attitude, a full three drummers, that guitar noise the kids enjoy so much, all riding atop a whirling piano. Plus a singer in a shiny green suit. SHINY! Circus music, vaudeville punk, the riot act with a nice swingy beat. It's all there in spades."

Produced by Tim O'Heir at Mission Sound and Headgear Recording.
Mastered by Tom Hutten at Bionic.

'This is Inferno #9. The Future Belongs to Me, Tastes Nice.'