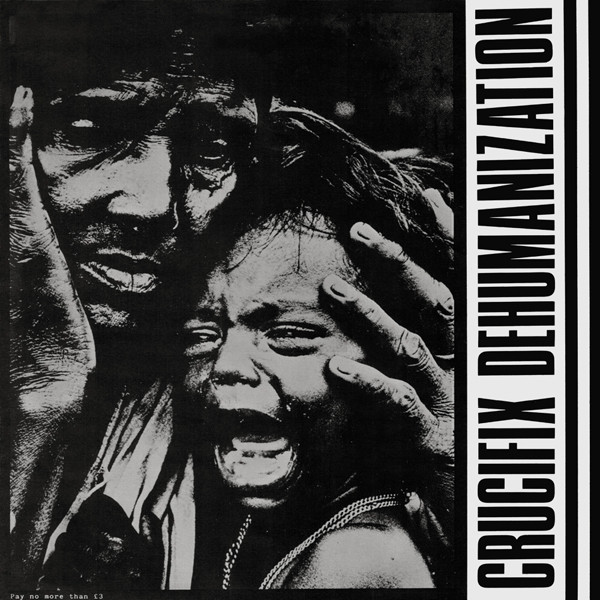 Crucifix is a hardcore punk band originally from Berkeley, California. The band was started in 1980, fronted by Sothira Pheng, whose family had fled Cambodia when the Khmer Rouge took power. The band broke up in 1985.
Crucifix has been sampled by Orbital on the track "Choice".
Members:
Sothira Pheng - Vocals
Matt Borruso - Bass
Jimmy Crucifix - Guitar
Chris Douglas - Drums

First pressing with "pay no more than £3" price warning on front cover.

Six-panel fold-out cover with a poster on one side, and lyrics/information on the other side.