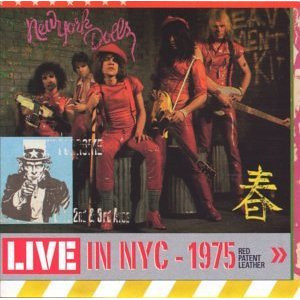 "This album is dedicated to the members of the New York Dolls who have passed away: Jerry Nolan, Johnny Thunders and Billy Murcia.

The first 11 songs were first released as Red Patent Leather in Europe on vinyl in 1984.

'Stranded In The Jungle' was recorded at the same Little Hippodrome show but is heard here for the first time.