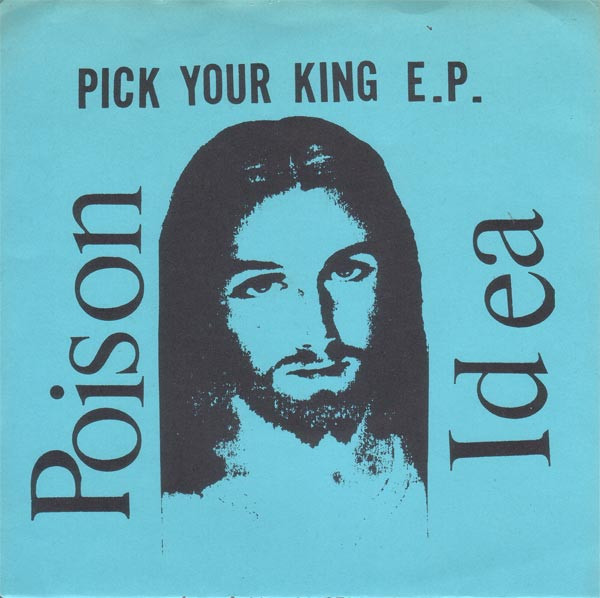 2nd version, 700 black vinyl in blue fold-over sleeve with lyrics printed on the inside. These were pressed before the clear vinyl but were distributed second.