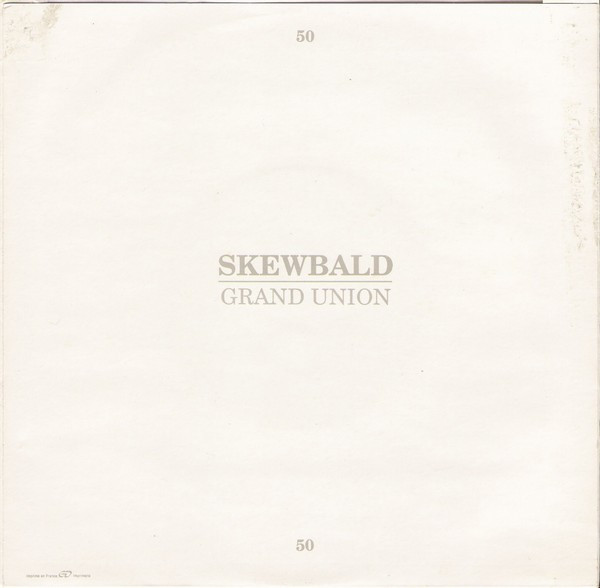 Skewbald / Grand Union was formed in 1981 by Jeff Nelson and Ian MacKaye, both of Minor Threat, which had broken up in the fall of that year. The band was rounded out by their house mate Eddie Janney and friend John Falls. The group was originally called Grand Union. MacKaye later came across the work "skewbald" and wanted to make that the group's name, but Nelson insisted on Grand Union, a conflict that was never resolved. The band recorded a 3 song demo but never moved beyond the rehearsal stage and the project was disbanded when Minor Threat reformed in the spring of 1982.

The band's demo made the rounds in tape-trading circles and some erroneously believed that the songs were Minor Threat outtakes. In 1991, the demo received a proper release on vinyl to commemorate Dischord Records' 50th release.