Band Name: Doctor And The Crippens 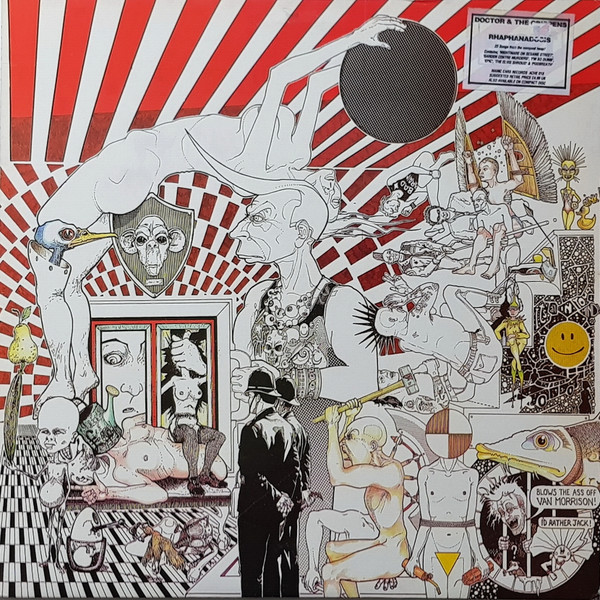 Title is printed on the spine as "Raphandosis" but the front of the jacket appears to show the title, "Snit". Normally this is covered by a hype sticker ["Doctor & the Crippens / Raphandosis / 22 songs from the compost heap!..."] but copies exist without.
Printed inner sleeve with photos and lyrics.
Record liner artwork shows label names 'Insecticide.' & 'Fungicide.' the wrong way round