Album: Naked Girl Falling Down The Stairs / Confessions Of A Psycho Cat 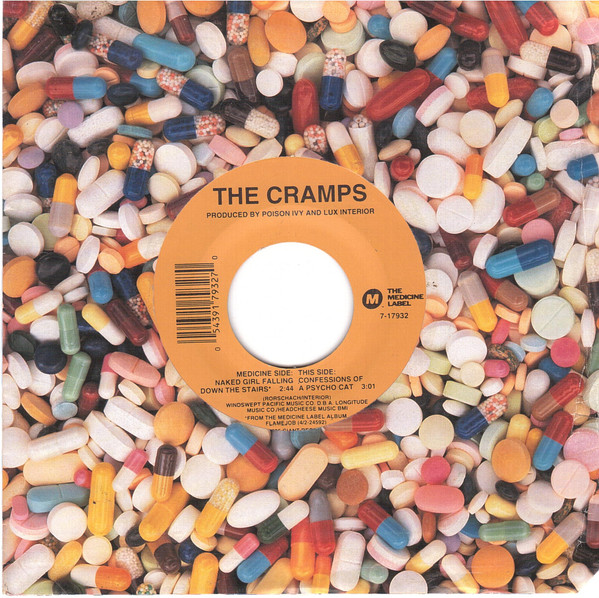 Label credits A side and B side as "Medicine Side" and "This Side".
"A" side track is from the Cramps album Flamejob.

Issued in a Medicine Label-die cut sleeve, Fire Engine distribution code on sticker glued to it.