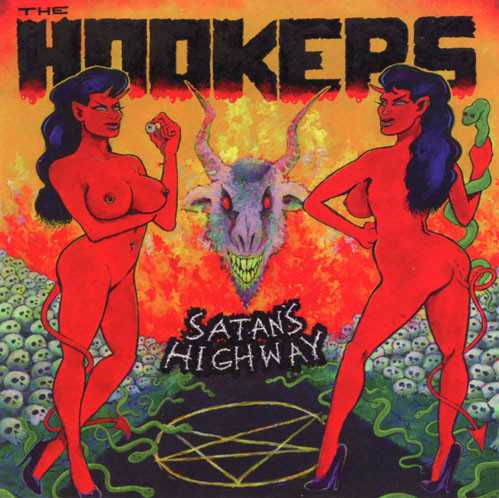 Bio: “During the Civil War prostitutes were known as ‘Hookers’ after an obliging Union General of the same name who supplied his men with the passion to keep fighting the good fight. The same spirit lives on in the modern day HOOKERS who have been schooling audiences in hardcore punk technique for so long sometimes even they forget how great they truly are. And like a whore gone to seed, the mighty HOOKERS just keep on getting more depraved, more insane and more brutal with their two chord assault. Who says the day of miracles is past?" BLAG DAHLIA - ROCK LEGEND/THE DWARVES

Edition of 1000 copies. Some copies contains a poster.