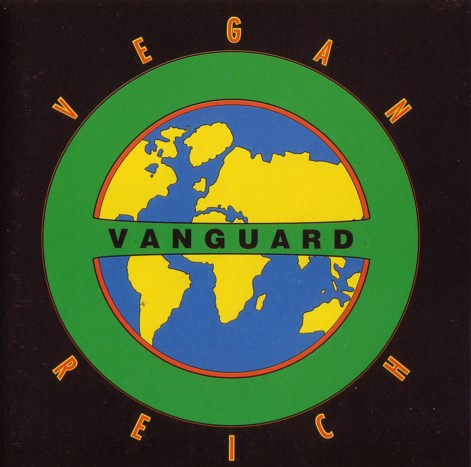 Vegan Reich from southern California formed in 1987 and were the originators of vegan straight edge hardcore and hardline movements. Their politics were extremely controversial, they were the first hardcore band to combine militant animal rights leanings, an extreme straight edge conservative stance against drugs, sex (including masturbation and homosexuality) and abortion, a desire for anarchy to be preceded by a so-called "vegan dictatorship," a harsh stance against racism and sexism; all while advocated for the use of violence to achieve their goals. Later releases would focus on the band's faith in Islam. Throughout their career, they played a crossover heavy sound, drawing influences from Crass to Iron Maiden. The first lineup was Sean Muttaqi and several members of Naturecore, they recorded one song of an ALF benefit LP. The band went on hiatus after their The Wrath Of God EP, with the lineup first morphing into the reggae-tinged Captive Nation Rising, and later the back-to-basics punk band Pressure (7). The band has since reformed.

Track 1-4 originally featured on the "Hardline" 7"

Track 8 originally featured on the "The A.L.F. is Watching and There's No Place To Hide..." compilation LP